This report applies scenario analysis to depict three pathways for Chengdu after evaluating its status quo of energy consumption and carbon emissions, including the baseline scenario, policy scenario and blueprint scenario. It reveals the mitigation potential and measures in key fields and sectors under the blueprint scenario. It also provides policy recommendations on how to achieve a low carbon future from the municipal and sectoral perspectives. Considering the sensitivity of data, only executive summaries are provided here 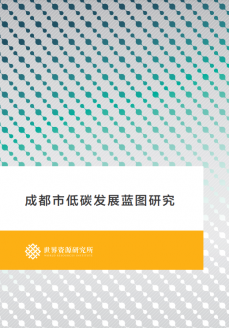 Through the case study in Chengdu, we find:

4） Looking forward, transport and building sectors will contribute larger proportions. The size of population, urban planning and technologies will collectively have a significant impact.

5） In face of continuing growth of energy demand, the only way to get carbon emissions to peak early is to improve the energy mix.