Options for Framing Adaptation and Development 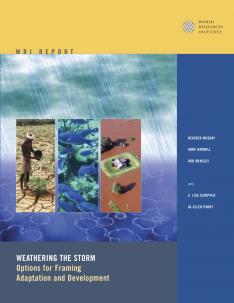 Clarifies the relationship between adaptation and development by analyzing 135 projects, policies, and other initiatives from the developing world that have been labeled by implementers or researchers as "adaptation to climate change."

Adaptation to climate change continues to rise on the agendas of researchers, practitioners, and decisionmakers, driven by growing evidence that climate change is real, already observable, and threatening to undermine development. Any effective development and planning process will need to take climate adaptation into account and, conversely, adaptation efforts themselves will often require development interventions to succeed. This paper explores the link between the climate adaptation agenda and the development agenda, building on evidence from more than 130 case studies in developing countries.

While climate impacts are increasingly observed, the debate over managing adaptation has progressed very slowly. This in part is due to confusion about the relationship between adaptation and development—a definitional problem that has hindered not only project design, but also the allocation of funding for adaptation efforts. Notwithstanding the difficulty in developing a concise operational definition, failure to clarify this relationship has meant that funding mechanisms create redundancies or leave gaps in the landscape of critical adaptation and development activities.

The rest parts in this report are: Section II. Adaptation Around the World: Taking Stock A review of 135 “adaptation” cases from developing countries reveals a diversity of ways that adaptation and development intersect; Section III. Framing Adaptation: A Continuum of Approaches; Section IV. Governance and Decision-Making Under Uncertainty.Section V. Financing Adaptation; Section VI. Lessons Learned and Next Steps. 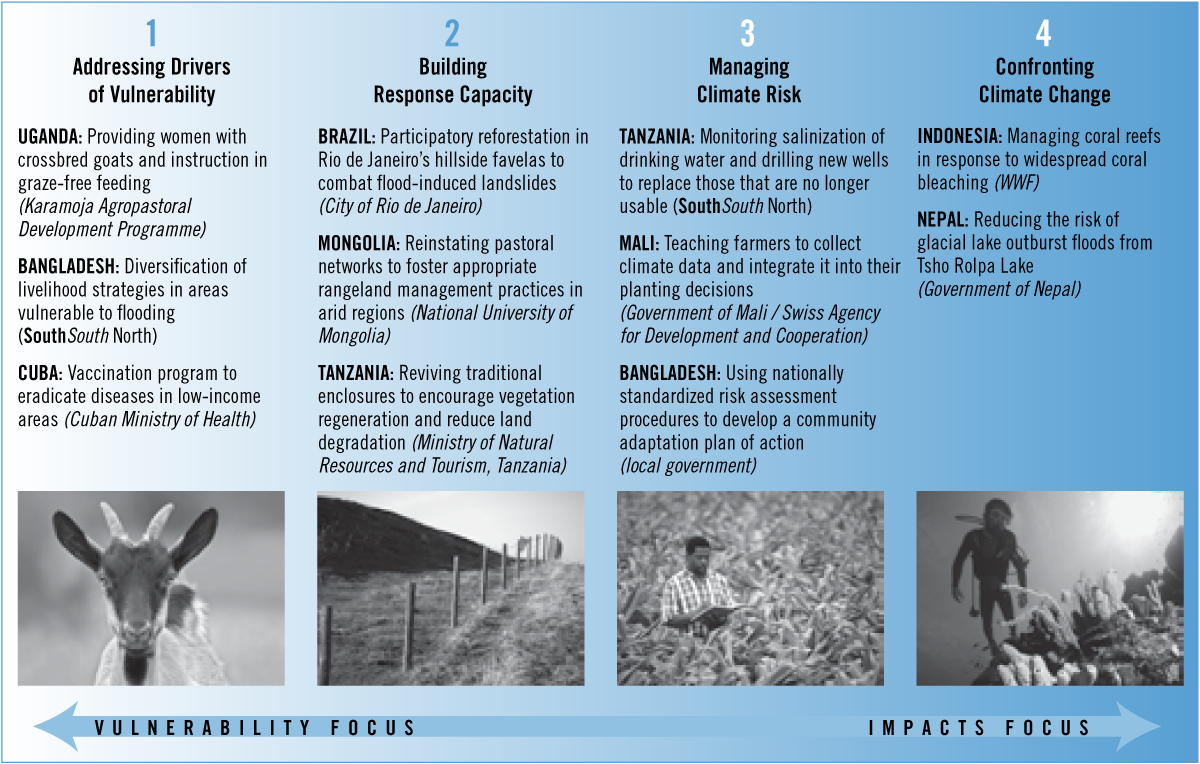 Signs of Worry, Signs of Hope on World Water Day

The Human Cost of Climate Change